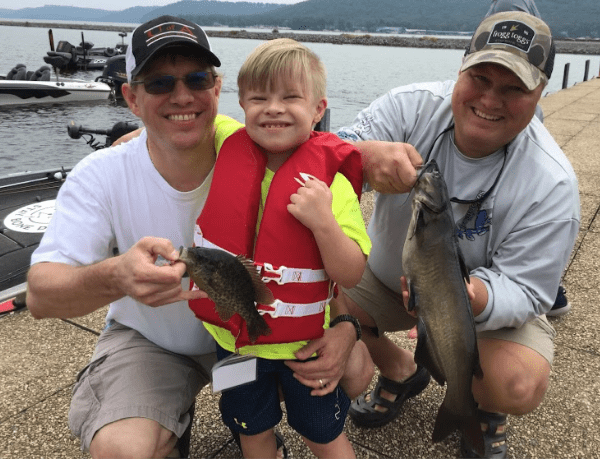 As C.A.S.T. for Kids has expanded and social media evolves, we have been touched and thrilled by the number of Facebook fundraisers people initiate for the special kids of C.A.S.T.. The numerous people and event coordinators who raise funds to bring a life-changing fishing event to their community year after year is astounding. The beauty of it is  watching so many individual efforts unite under one mission to tangibly enrich the lives of kids with special needs. It leaves us awestruck.

It also fuels us. Everyone’s efforts, passions and dedication driven towards the same end- to love and value children who may often get overlooked.

To single them out for a day and say, “You’re important. We see you. We love you. We can’t imagine this day without you.”

One of my favorite things is to listen to people’s stories. To learn what propels people forward, doing hard things, doing selfless things for another’s benefit. I love communicating with our donors and expressing our gratitude to each one as I scroll down our page. There was one fundraiser that particularly caught my eye. This one was unique.

Jason Scism had launched a Facebook fundraiser on our CAST for Kids Foundation Facebook page. Recently, I interviewed him about his story. 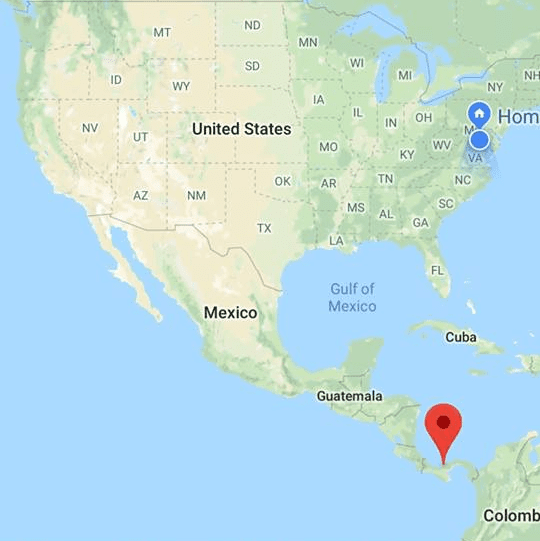 Jason was planning to drive 9000 miles from Arlington, Virginia to Baja, California in 10 days to raise money for the C.A.S.T. for Kids program.

His inspiration was multi-fold. His uncle has a cognitive and physical disability.  Because he understood first hand the sweet kids and families C.A.S.T. serves, he would drive for the special kids of C.A.S.T., to give them the gift of fishing. In addition, Jason has been a huge fisherman his entire life.

But he’d also do it in memory of a dear friend’s son, who recently passed away, tragically and unexpectedly.

His friend’s son was 18, wore fishing lures on his lapels. He even had a boat and would have probably become a fishing guide. C.A.S.T for Kids would have been a cause he’d love and it was one that really mattered now to Jason personally.

This wasn’t Jason’s first drive for charity. In 2017, he drove 10,000 miles to the Arctic Ocean in Alaska. When he reached Anchorage, he sold his truck and flew home.

In 2018, he drove the American trail across the country for Shatterproof with a buddy riding shotgun who had courageously just detoxed from opiate addiction. Jason thought this would be a great way for them to celebrate. 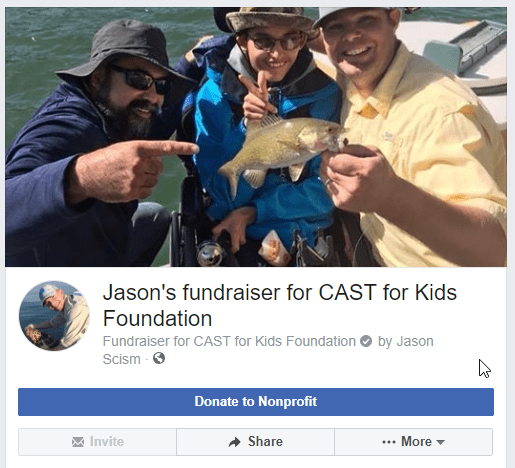 Jason’s drive was a huge success! He returned home tired but triumphant.

“I post daily so my friends can read and enjoy. This way they feel they’re a part of it.”

You don’t have to come up with an original idea like Jason’s to make an impact on C.A.S.T. for Kids. Many have donated their birthdays to C.A.S.T. for Kids, encouraging their network of friends to give in their honor.

A Facebook fundraiser for C.A.S.T. for Kids is really as easy as 1-2-3! See for yourself right here!

Thank you, Jason, for showing us it can be done!

You definitely made a difference from coast to coast!