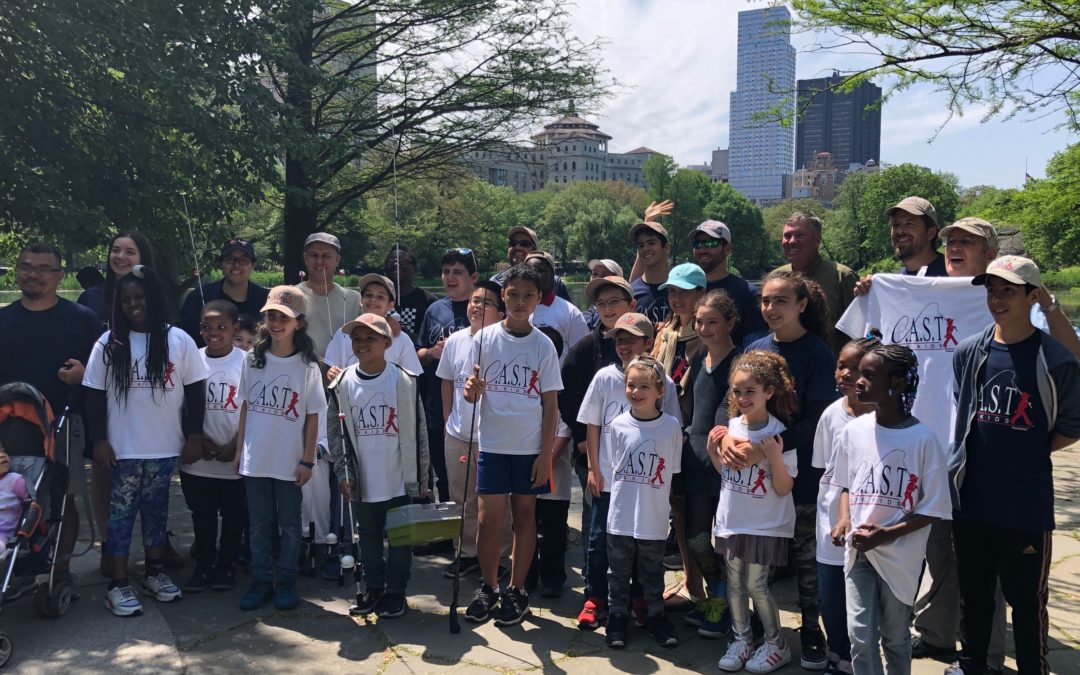 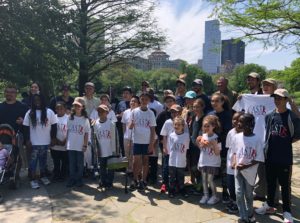 The 2019 3rd annual C.A.S.T. for Kids event in Central Park, New York City was again held on the Harlem Meer Pond on the very north end of the park at 110th Street. Being in the middle of this huge city, it was amazing how many fish were actually in the waters there.

If you didn’t look up to see all of the tall buildings around the skyline, you would never know you were in the big city. You might as well have been on a pond in Texas.

The kids got so wrapped up in fishing. Some kids really concentrated hard with their casting and waiting for another bite.

People walking through the park always seemed to be amazed at how many fish the kids caught and stopped by to get a closer look. 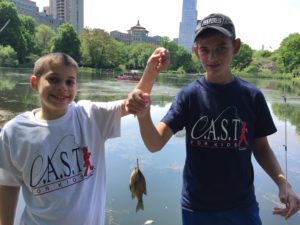 One mother of a participant said fishing has a calming effect on her son and he was able to focus better while fishing.

This event would never be possible without the wonderful volunteers and coordinators for the event.  Robert and Deborah Marcus and their three sons have been the reason all the fun and fishing have happened at Harlem Meer.

Living 25 blocks away in Manhattan, they wanted their sons to share their love of fishing with some kids that would not ever have the chance otherwise. 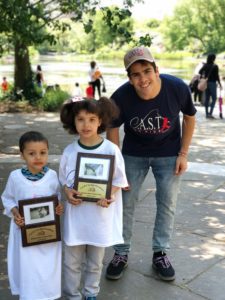 Gideon went above and beyond to help make sure that all the kids had a great time.  It was an incredible logistical challenge to host an event at Central Park. There was no parking so most of the kids came by taxi or subway.

All of the Marcus family was present during the event. We are happy to announce their cousin in Connecticut is also planning his first C.A.S.T. for Kids event later this summer on the Saugatuck River.

It was fantastic to see the love this family has for the special kids.