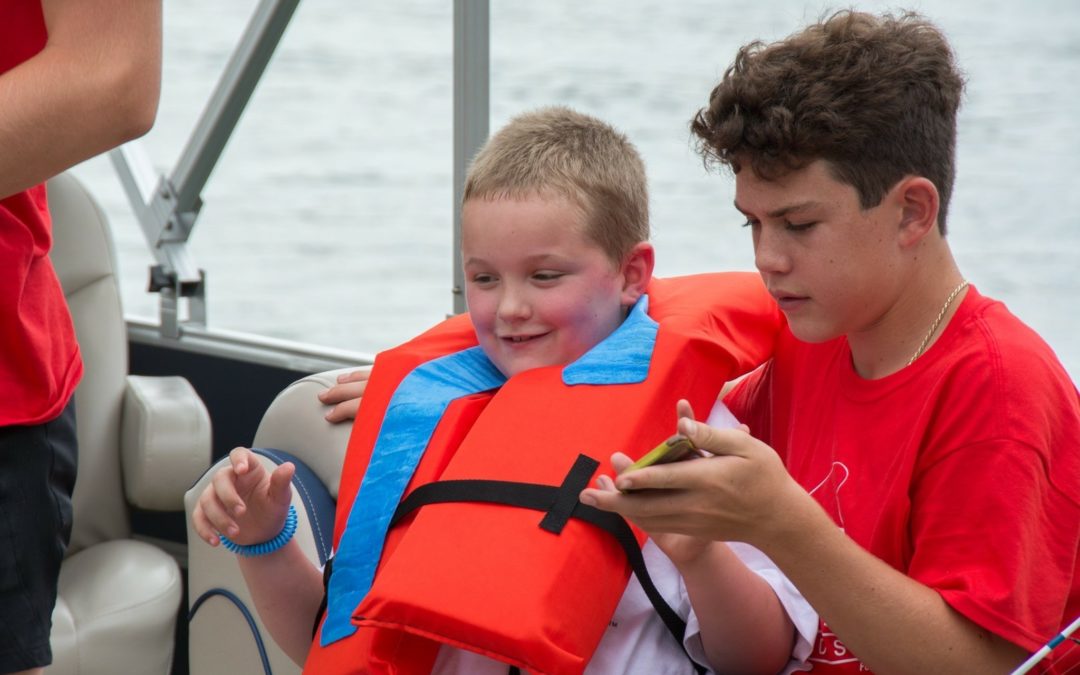 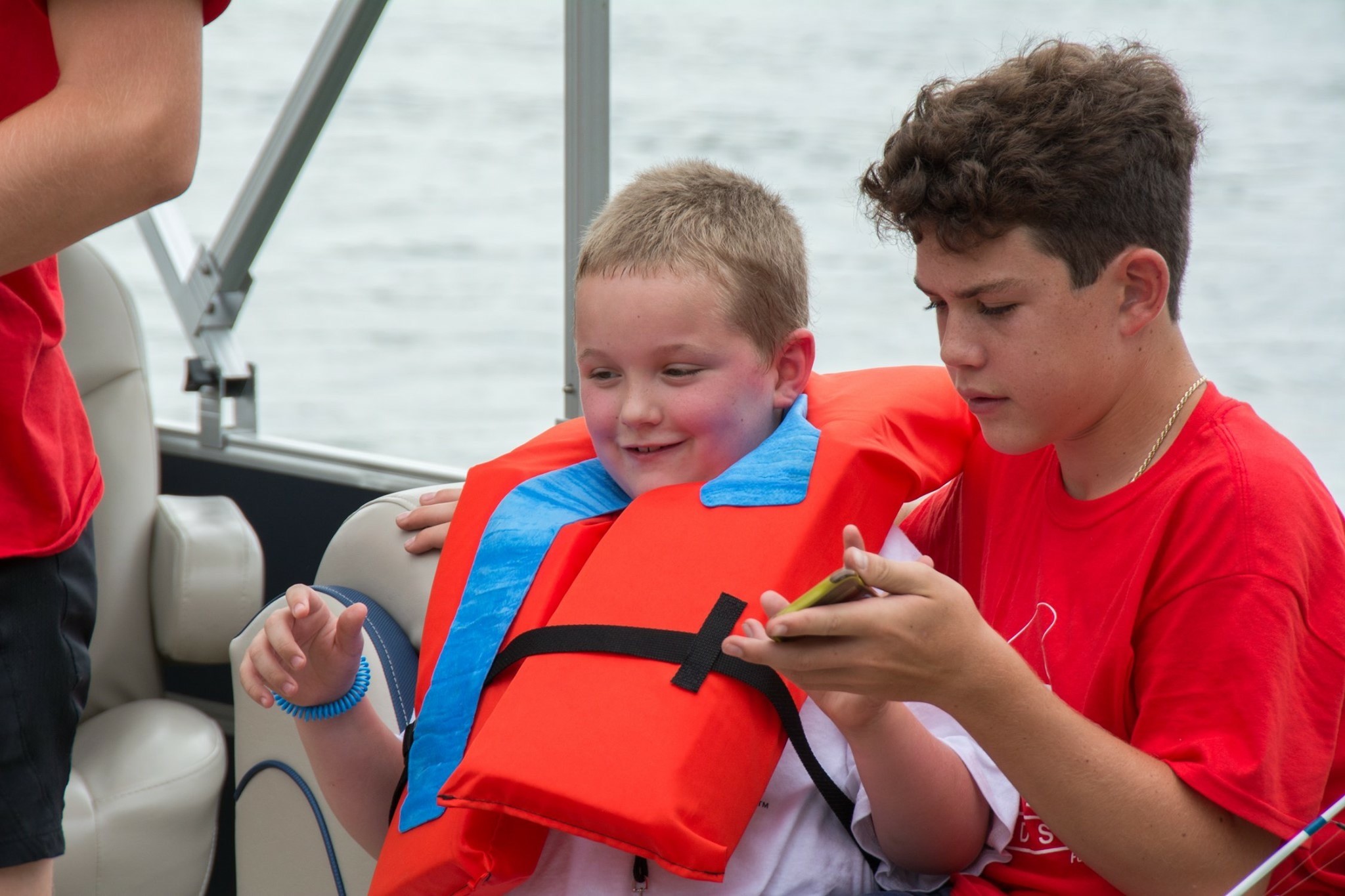 Laurie’s son, Jackson (age 14 in red), has formed a special bond with this sweet boy for the 2nd year in a row

All of our C.A.S.T. for Kids events are unique and special, just like the cute kids who participate in them.  Weekly, as a staff, we have fun recognizing and celebrating the exceptional moments of each event.

The Lake Lanier, Georgia C.A.S.T. for Kids event was a success for the second year in a row. I had the privilege of speaking with coordinator Laurie Morgan about the secret to her ongoing success.

One thing is clear, she has a high standard of excellence that permeates throughout the event. She’s a project manager by profession, with extreme attention to detail. Laurie attests,

“If my name is associated with anything, I do my absolute best and won’t take any shortcuts.”

Initially, when she heard about C.A.S.T. for Kids, it was only to fulfill service hours for her son’s private school. She admits,

“I didn’t know anything about raising money. I didn’t fish. I don’t own a boat. I don’t have a child with special needs.”

But her son Jackson loves to fish. When she discovered the closest event was three hours away in Alabama, she decided to start her own. 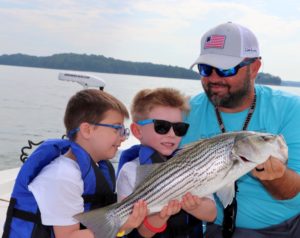 In addition to the spectacular fishing that took place that day, kids were invited to get their face painted, enjoy cotton candy and snow cones, gifted a goodie bag and a toy, along with a hug from the mascot.

All of these activities made it an extra memorable day for the kids. However, what stands out the most is the way she maximized her volunteers to make the event more personable and relational. This is a hallmark of a C.A.S.T. for Kids event and Laurie took it to the next level.

Jackson and a group of his friends from high school came to help. Laurie knew just how to put them to work too.

Once a child arrived, Laurie immediately paired him/her up with a high schooler who accompanied the child throughout the registration process. The child picked up his tackle box, rod & reel, t-shirt & cap, and life jacket, all with the one-on-one attention of caring teenage volunteer by their side.

There wasn’t a moment when the child was without companionship from their community.

This same group of boys was directed down to the dock where they greeted kids fresh off the boat with high fives and cheered them on as they returned to shore.

Joining them again this year was the local special needs cheer squad.

Laurie has without a doubt achieved the C.A.S.T. for Kids mission- the lives of kids with special needs were enriched, their parents supported and her community strengthened.

Three cheers for Laurie and all the incredible volunteers who made the C.A.S.T. for Kids event at Lake Lanier 2019 possible and fantastic!